On 30th of March, at the monthly community event of Autoexec.gr I had the pleasure as a proud member to talk about what’s new in Windows Server 2016 Hyper-V. 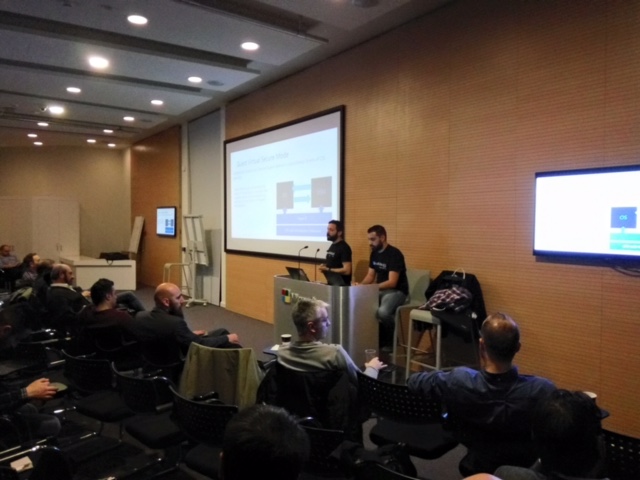 Newly improved scale limits which outperform rival hypervisor from VMware. Do we actually need these limits? Are they applicable in the real world? Well, we live in a cloud cadence, everything is inspired nowadays from the cloud and so these limits. As you already know, Hyper-V is running under the hood of Azure.

Lots of new stuff here, major improvements have been made in the OS. Shielded Virtual Machines is the most anticipated feature at the moment, it lets you protect your workloads by adding encryption (vTPM – Bitlocker), attests the hosts and protects the fabrics from unauthorized personnel / malicious admins. At this point, it can only protect Gen2 Virtual Machines. For the Gen1 there is the Key Storage Drive. 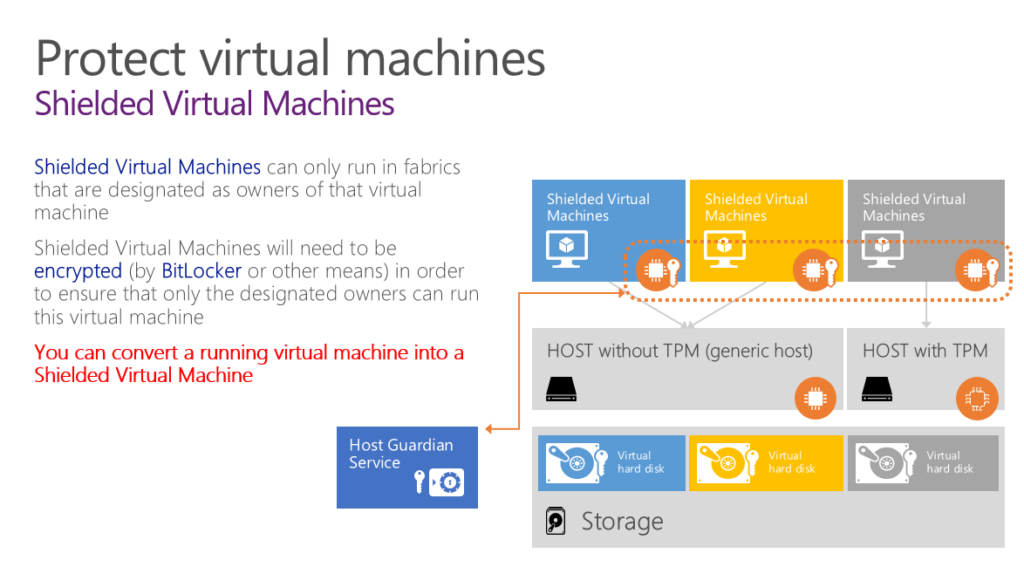 Cluster Rolling OS Upgrades is the new migration method of a Hyper-V Cluster to the new OS Version. You just evict a node, format it / install WS 2016 / boot / rejoin it to the cluster and after you finish all the nodes you upgrade the Cluster Functional Level to WS 2016 and just like this you have successfully upgraded your cluster! The recommended migration path is that your cluster is running on Windows 2012 R2. Another highlight is the system Updates which has been streamlined. Meaning that the large number of updates are now combined into one Cumulative Update which is available on a monthly basis 🙂 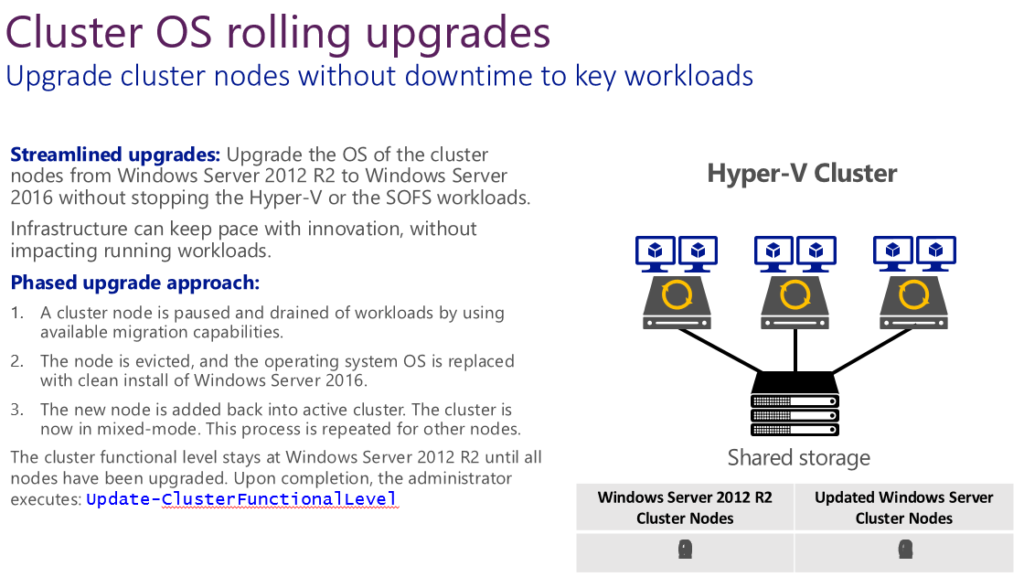 Microsoft also did some improvements on Windows Server 2016 RemoteFX which now includes support for OpenGL 4.4 and OpenCL 1.1 API. It also allows you to use larger dedicated VRAM and VRAM in now finally configurable.

Powershell Direct is the new PS Remoting designed especially for managing your Virtual Machines in the Fabric. It uses the VM Bus instead of Network Transport in order to connect with the Virtual Machines. 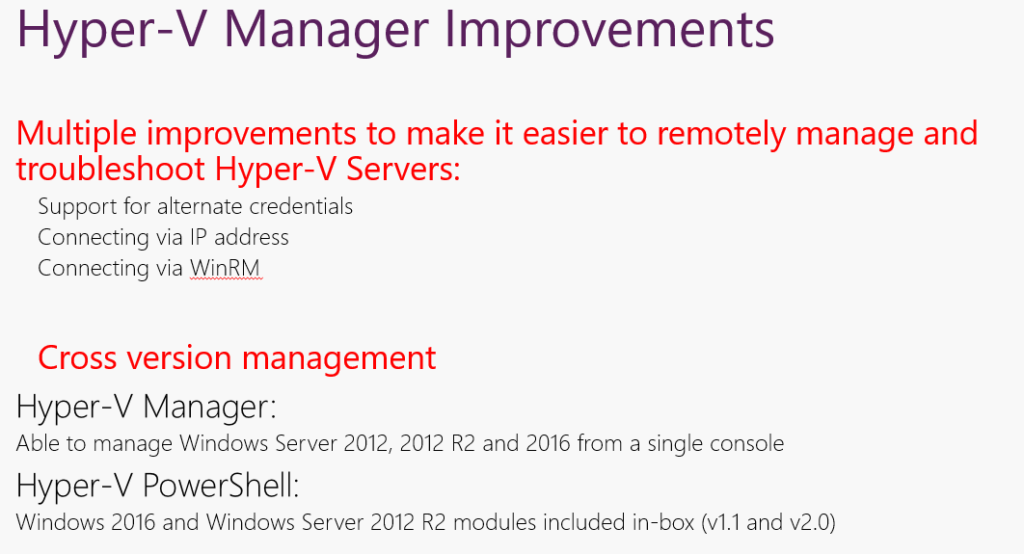 Nested Virtualization is the feature that everyone been waiting for. It allows you to virtualize a Hyper-V host and run Virtual Machines in it. Another interesting feature is the new installation option of WS 2016, the Nano Server. Unfortunately, this made to last only for a year because Microsoft announced on 15/6 that this feature will be retired for use with infrastructure roles such as Hyper-V and only will be used with Containers.